God Does Not Have To Be Attained

The goal of all spiritual practice is the same. It is not to acquire or achieve God. It is to remove the ignorance that keeps God concealed from you. To be clear, the ignorance that we speak of is the veil known as the ego-idea or the limitation of the ego. It is this ego which has you believing that you are a mere individual, rather than God. It is this ego that causes you to place all your faith in sense pleasures and worldly pleasures, causing you to falsely believe that objects bring you happiness. It is this ignorance that causes you to feel that you are a sinner, that you are impure, that you are separate from God and separate from others also. The ego is the mechanism by which you perceive duality where there is none. It is this ego that has to be purified in order for you to experience the constant state of uninterrupted rapture that is your Natural, Free State of Being. Sadhana (spiritual practice) is done to eradicate the limitation of the ego from your being.

There is no such thing as “Siddhahood.” Attaining the state of Liberation or God-realization is not like getting a black belt in Karate. On the spiritual path, spiritual practice is its own reward. There are no certificates of achievement of any kind, as these only serve to expand the limitation of the ego. The uninterrupted state of rapture that is Purnaham Vimarsha (the state of Liberation) is a state that dawns on its own by Parashaktipata, the final descent of Grace that is bestowed when God or Lord Shiva comes looking for you. So, Liberation is not a goal that can be measured in the way mundane knowledge is measured, by passing grades. It is a state that dawns quite unexpectedly while you are busy simply loving the experience of loving God.

Now. The challenge is this; The ego is very, very subtle. It mixes with your thoughts and feelings in such a way that you may even perceive that it is your heart speaking when, in fact, it is your ego playing tricks on you. (This is why the Siddhas of our tradition say purify your heart first, and then follow it. This is also why, on the spiritual path, you need a Guru.) One of the ways in which the ego masquerades as the truth is to convince a disciple that he/she has “arrived at Siddhahood,” just because some inner lights and sounds have been experienced.

A young boy went to a Siddha Guru and said, “Master. Hearing about you and your teachings, I have come a long way, climbing mountains and crossing dangerous rivers and jungles. I want to be a Siddha (perfected being) like you.” The Guru just smiled and said, “You are welcome.” He made that small boy do all sorts of work like cooking, cleaning, managing herds, etc. This was the boy’s Seva (selfless service to the Master). Years passed by but the boy did not have a single inner experience. The boy approached the Master and said, “Master, it is over two years and I am still not a Siddha. When shall I become one?” The Master told him to sit on a rock and to do nothing. Days passed and still nothing happened.

However, the boy did not lose hope. Every morning after doing his Seva to the Master, he went and sat on the rock and did nothing. This became the boy’s daily meditation. Soon he reached a state where there were no thoughts in his mind. Of course, the thought-free state is the most profound of meditation experiences but the boy did not understand this. So, one night the boy saw blue light emerging from his head. He believed this to be the first concrete inner experience he had. Now, what the boy did not understand is that he had this experience in meditation due to his selfless service to the Master. Seva is a spiritual practice that is its own reward. Engaging in Seva does deepen one’s meditation over time and provides one with a variety of inner experiences.

So, the boy ran to his Guru’s room and excitedly said “Master! I am now a Siddha. A blue light is emerging from my head.” The Master said, “You fool. Go to bed. You are far from it.” So the boy did so. The next day he continued with his daily spiritual practice of doing Seva and sitting on the rock afterwards for meditation. This went on for months. A year later, the boy heard musical sounds in his meditation. Again, this was the fruit of his Seva. Again he ran to his Guru to claim that he had become a Siddha. Again the Master called him a fool. Many years passed in this way, with the boy having various inner experiences that he allowed to feed his ego.

One night there was knocking at the boy’s door. He opened it to find his Master standing in the doorway. The Siddha said, “My child you are a Siddha.” The boy cried out, “Are you joking? All these years I came running to you when I experienced so many strange and wonderful things in meditation. Today when I meditated nothing happened. And now here you are proclaiming me to be a Siddha!?” The Master smiled and said “Child, when the mind is perfectly still like a flame where there is no wind, when you are absorbed in this thought-free state as a constant and all other experiences have subsided, that is when the state of a Siddha dawns on you.”

Padiyar Swami, a Siddha now called Sadanand Swami of Kanhangad says, “You do not have to do anything except do your duty first. Strive for excellence. The key word is Ulgas.” In Konkani this means constant remembrance, constant chanting, being present and being aware by allowing your mind to become completely absorbed within. This can be accomplished easily through Japa and Chanting. This is an excellent means to attract the Grace of the Guru, to you. It is the means of “stealing” the Guru’s Shakti and absorbing it into yourself. The Siddha then guides you at the pace that your capacity and personality will allow, and in a very safe manner, so that you reach the other shore permanently. 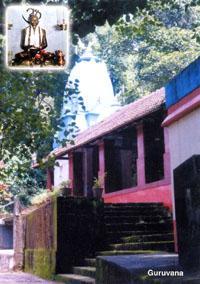 Mr. Padiyar had come to Mumbai from Karnataka. Since he was from the community called Gowda Saraswati Bhramins (G.S.B.) and knew Sitaram Shenoy, he checked in at Sitaram’s hotel in Mumbai. All youth from the G.S.B. community who came to Mumbai in search of work were welcomed at Sitaram’s place. They slept in his gymnasium at night and went searching for jobs during the day. They were fed all their meals in the hotel until they found a job.

Padiyar was one such youth whom Sitaram took a liking. It was obvious to Sitaram that Padiyar had to be introduced to Baba Nityananda. Mr. Padiyar made repeated visits to Bhagawan Nityananda during Baba’s stay in Mumbai (early 1930s) and later at Baba’s Ganeshpuri ashram. These visits slowly transformed Padiyar into a devoted disciple. He soon gave up his search for a career and started spending more time in Ganeshpuri with Baba. Bhagawan Nityananda did not give formal public programs nor did he demonstrate any particular set of spiritual practices like other Masters who conduct classes. In those days, people received Shaktipat from Baba just by being in His presence and remaining open to His Grace. Often he laid down on his side facing a wall with his back turned to the congregation. Thousands of people experienced God’s Grace through him in this way. He was like the ocean. The ocean doesn’t come looking for you. You have to go to the ocean and, depending on the size of the vessel you are carrying, that’s the amount of water you’re able to take away with you. 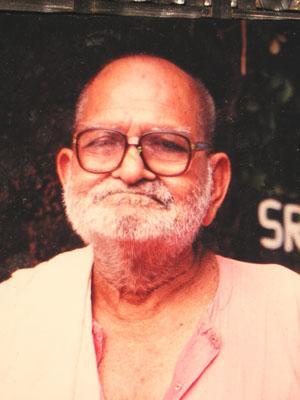 This is the way it was with Baba. He was always available to everyone without any disparity. Those who came looking for their mundane desires to be fulfilled were often disappointed. In Baba’s presence all you needed to do was to be aware and remain open to receive His Grace. The rest just happened automatically. All Bhagawan Nityananda wanted was your love and devotion. In exchange for this He took you to the height of ecstasy, completely absorbed in Shiva Consciousness.

One day Padiyar had become very frustrated with his lack of spiritual progress. He felt nothing was happening for him. So, in a state of frustration he told Baba, “I am leaving for good.” Baba just asked, “Where to and for what?” This simple question resounded in Padiyar’s being like a mantra. Where to? Yes, where will you go? If you want God and you cannot attain his state here at the very seat of Grace, where else can you find it? What will you accomplish by going elsewhere? Why put it off for later? Your time is here and now so why postpone it by leaving? If in the company of a Maha Siddha you cannot attain peace, where else will you find it? These were the questions that reverberated inside Padiyar’s being. So, he decided to stay. Later, he was renamed Sadanand Swami by Swami Janananda Baba of Kanhangad, one of Bhagawan Nityananda’s closest disciples. Today, Sadanand Swami lives at Kushal Nagar, very close to Bhagawan Nityananda’s Kanhangad Ashram.

There was a monk who was a relative of Sitaram Shenoy. His original family name was Mr. Bhat. He settled at Trimakeshwar under the direct order of Bhagawan Nityananda. He used to have a long white beard. He looked like a Rishi of yore, with his flowing white beard and hair. This monk had some great advice for people beginning the journey on the spiritual path. He used to say, “After performing your days work, keep a photo of Bhagawan Nityananda on a table with a small lamp in front of it. Initially, just observe the photo as long as you can while sitting in front of it. You don’t need to do anything in the beginning. Just be present to Him and the Self. Slowly it will happen. But do it without any expectation. Just look.”